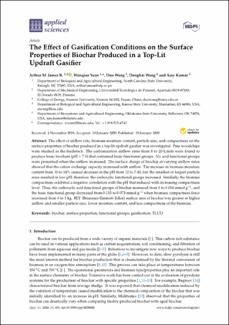 The Effect of Gasification Conditions on the Surface Properties of Biochar Produced in a Top-Lit.pdf (1.092Mb)